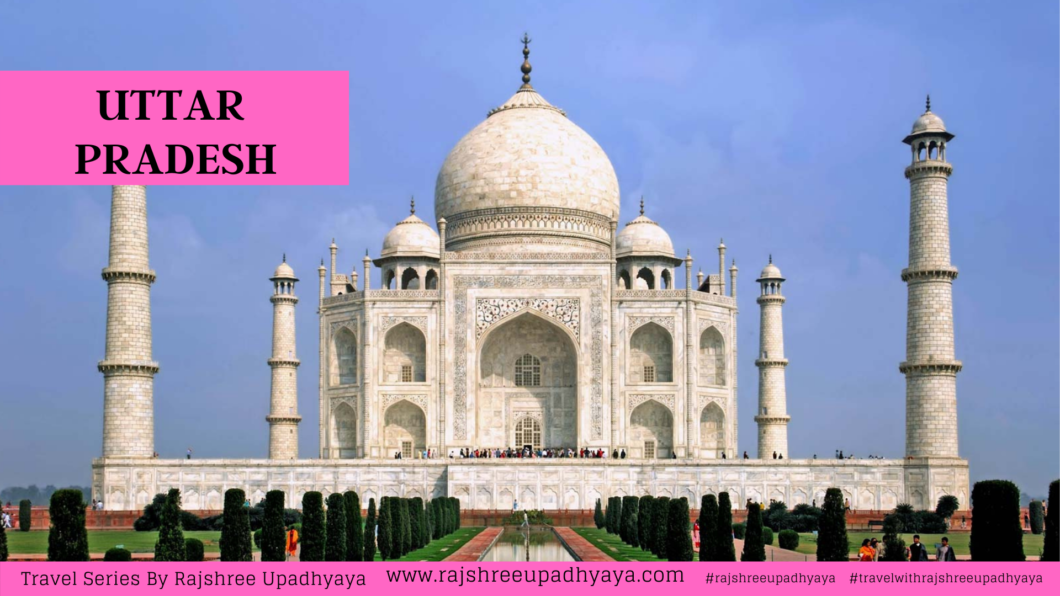 Uttar Pradesh, known as the “Heartland of India”, boasts a rich cultural heritage. It is the best place for those who love nature and history. Not only is it gifted by nature, but it is also home to some of the finest man-made monuments. So let’s look at the background and also the best places to see in Uttar Pradesh.

Uttar Pradesh, India’s most populous and fourth-largest state. It is located in the north of the country. The state borders on the state of Uttarakhand and on the north with Nepal, on the east with Bihar, on the southeast with Jharkhand and Chhattisgarh, on the south with the Madhya Pradesh and Rajasthan, Haryana, and Delhi to the west. On January 26, 1950, when India became a republic, the state was renamed to Uttar Pradesh. Its capital is Lucknow in the central part of the country in the west. No wonder, given the fact that Agra is home to the world-famous Taj Mahal. There are wonderful monuments in this ancient city that will make you amazed at the glory behind the building. The capital of Uttar Pradesh famously referred to as the Nawabs City, Lucknow retains its ancient charm with such authority that you find yourself in a completely different world. The city enjoyed the generosity of the Nawabs and flourished in music, literature, art, and crafts. Pilgrims from all over the world visit the religious capital of Varanasi, India. Considered one of the seven holy places of the followers of Hinduism, the land attracts those who belong to other religions. It is located on the banks of the Ganges River, which adds to the charm of the atmosphere. Allahabad is an important pilgrimage center because Hindu creator Lord Brahma landed on this place on earth. The city is located at the confluence of three rivers, the Ganges, Yamuna, and Saraswathi. This ancient city, also called Prayag, is one of the largest gatherings of religious nature every 12 years during the Kumbh Mela. Mathura is considered the birthplace of Lord Krishna and is thus one of the seven holy cities for Hindu followers. This ancient city has many temples of different ages. It used to be a Buddhist center and housed 20 monasteries before Hinduism emerged. Vrindavan is an important destination for Hindu pilgrims because it is associated with Lord Krishna. These two cities, near Mathura, are considered twin holy cities. Well-known cities and lesser-known cities in Uttar Pradesh are a blend of religion, history, natural beauties, and architectural excellence, and you should not be surprised to find that Jhansi has this land in common. This historic town is located on the banks of the Pahujor Pushpavati River.