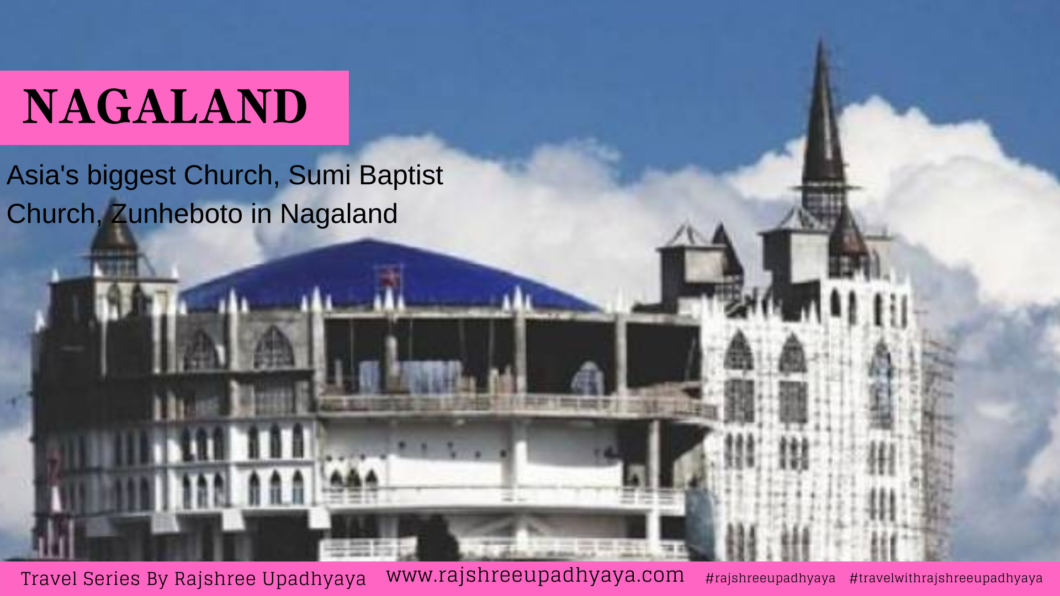 Place of festivities wrapped in the beauty of mystic hills and valleys, Nagaland is a bizarre Northeastern state of India bordering Myanmar. The presence of a distinct culture, well-preserved history, and mesmerizing beauty makes it an enticing destination for an eventful holiday experience. Colorful costumes, lovely lakes, tangy treats, time-honored town, welcoming weather, delightful dance, and lyrical lullabies are everything that delineates this north-eastern destination.

On December 1, 1963, Nagaland was officially announced as 16th State of the Indian Union after achieving statehood. In 1964,  the government, elected democratically by the voters, took the official seats. Originally named Kewhira, Kohima is the hilly capital of Nagaland. It is an eternal and pure bliss for nature-adorers who love being amidst breath-taking mountains and woodlands. One can also indulge in adventurous activities like trekking, hiking, and camping in this region. The largest & fastest developing city of Nagaland, Dimapur offers equal excitement to both nature and history enthusiasts with surreal natural ambiance and marvel at historically rich old ruins. The presence of the airport in the city welcomes travelers with Dhansiri River at one front and woody meadows at the other. An important urban hub in Nagaland after Kohima and Dimapur, Mokochung is the downtown habitat to Ao Naga, land of festivals in sowing & harvesting seasons and a famous tourist destination to explore the District Museum, the Town main park, the largest & the oldest Unman village and the Ao village. Haven to the Konyak Nagas, Mon greets tourists with exquisite and enticing glances of tattooed faces dressed in feathery loincloths to the complex terrain with hilly slopes. In the whole state of Nagaland, Mon is considered to be the most fascinating and mystifying place because of its rich tribal heritage and uphill location. Time to visit: October to May Benreu is an unexplored village with 20% of its inhabitants being nature and animals. Perched at a height of 1950 meters and across Mount Pauna, Benreu is the third highest peak of Nagaland and habitat to the Zeliang tribe. It also has rains and clouds owing to its heightened location & it is an ideal destination to explore rural life and nature. Meluri is one of the 5 blocks of Phek district, nestled in the rural zone of Nagaland setting out midway to Mt. Saramati of Kiphire district. This village is home to the Pochury tribe, known for its exceptional hunting skills. Apart from attractive rock formations, this place has supernaturally-empowered lakes and vantage points around Dzudu Lake to catch the glimpses of Mt. Everest and most of Nagaland. Tuensang is the largest district and one of the fastest developing towns of Nagaland, fringed by Myanmar on its right. The district is blessed with colorful cultural heritage and traditional attire of the co-living tribes amidst the upholding surroundings that roll out red carpets for globetrotters to enjoy amusing dances and melodic & impassioned songs.

Time to visit: March to May

Overlooking the highest peak in Nagaland- Saramati, Kiphire is a small, panoramic, and recently developed 9th district of Nagaland which was drawn out in 2004 from the Tuensang district. Sangtam, Yimchungrü and Sumi Naga tribes are habitants who nestled into the place hundred of years ago and have maintained the strong historical significance of the district.

A placid hamlet, a land of combatants and heaven for endangered-birds watchers, Zunheboto is a beautiful district that will baptize you completely with the hueful traditions of Sumi, lenitive rhythms of the dance, trance-inducing music, and ecstatic well-preserved nature.